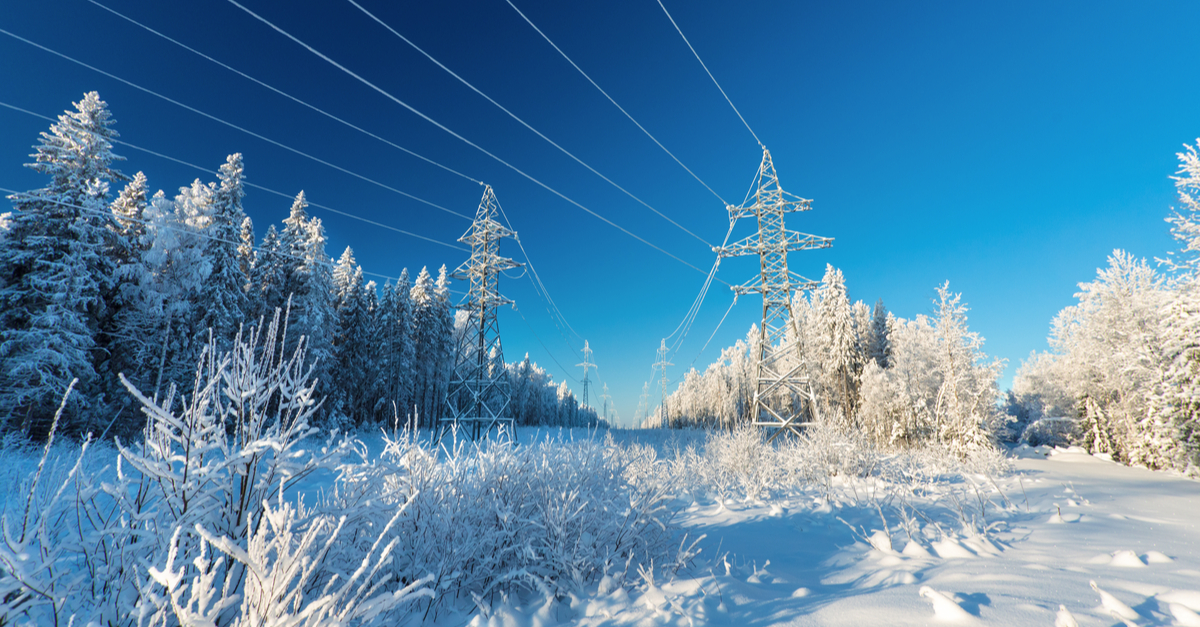 The electrical grid is constantly undergoing transformation. As rural regions become more populated, transmission lines must be uprated or upgraded in order to have the capacity to transport more energy. With an influx of renewable sources of energy such as solar and wind, utilities need to adapt and redirect energy from solar and wind farms. Upgrading an entire line can prove to be extremely costly and time consuming while building a new right of way would entail lengthy struggles for permissions and public acceptance.

One way to increase the system’s ability to transmit electricity, whilst avoiding upgrading costs, is to the raise the static line rating (the amount of electricity that can be transmitted down the line without the conductors exceeding their designated operating temperature) of certain parts of the network.

Currently most utilities only account for weather effects at a regional level, it is therefore very likely that the static line rating for many transmission routes are overly conservative and can be increased by considering higher resolution weather data

To keep up with increasing low-carbon generation and changes in consumer demand patterns, the capacity of existing electricity transmission networks has to be increased. Upgrading transmission lines to a higher capacity is expensive and developing new right of ways, particularly in urban areas is very difficult. Utility companies are therefore looking for ways to avoid upgrading the lines, while still increasing the system’s capacity.

Some companies are looking into dynamic line rating, which requires an accurate, real-time monitoring system to ensure no thermal damage occurs. With the installation of sensors and management of the monitoring system, this option can also prove to be quite expensive and problematic.

Another way to increase the system’s ability to transmit electricity, whilst avoiding upgrading costs or installing expensive sensors and intricate monitoring systems, is to the raise the static line rating (the amount of electricity that can be transmitted down the line without the conductors exceeding their designated operating temperature) of certain parts of the network, using modelled weather data.

DE developed a technique to assess the effects of weather on the static line rating, in order for their clients to understand if it is possible to safely increase the capacity on certain lines.

DE was contracted to assess each span in every route of a transmission system operator’s network. In order to gather detailed weather variables at each span, modelled weather data had to be used, while data from weather stations was simply used to train the models further. A wide range of statistical tests were performed to assess the impact of using numerical weather prediction data to calculate operating temperatures, and to quantify the capabilities and limits of this approach. Figure 1 demonstrates the similarity between modelled and measured average operating temperature, confirming the accuracy of modelled weather data for this particular application.

Routes that can safely have their static line ratings increased were identified and probabilistic operating temperatures were calculated for different probabilities of exceedance (PoE), as demonstrated in Figure 2. The client was able to use all of this information to assess the possibility of increasing the capacity of the indicated sections of line without the unnecessary costs of upgrading the entire route.

The results were provided as a report but also summarized within a KML overlay. A randomized example of several spans has been provided in Figure 3. Seasonal line ratings based on different operating temperature exceedance values (e.g. pre- and post-fault) were provided for the routes, which was very useful when trying to decide whether a line should be upgraded or whether it can be simply uprated. Probabilities of exceedance were used to assess risk or to make sure to limit the level of risk.

In order to ensure resiliency, the client also used the results of the study to create a plan for rerouting energy in the case of an emergency situation

If you want to learn more about one of our pioneering technical services or innovations, just let us know the area you’re interested in, and we’ll send you our latest whitepaper.